It’s still really gross in Rochester. We had snow last week. And I’m expecting to scrape some frost off my car windows next week, based on the helpful 10-day forecast. Whatever, I think we should be used to it by now – nothing new. The bulk of the snow melted over the weekend, and left me happy to 1) check out the perennials I transplanted from my mom last fall and 2) clean up dog mess before the neighbors think I’m a disgusting slob.

The backyard’s looking rough, mostly because the grass I planted in the late summer doesn’t seem to have survived the ice and snow, but at least it no longer looks ANYTHING like this: 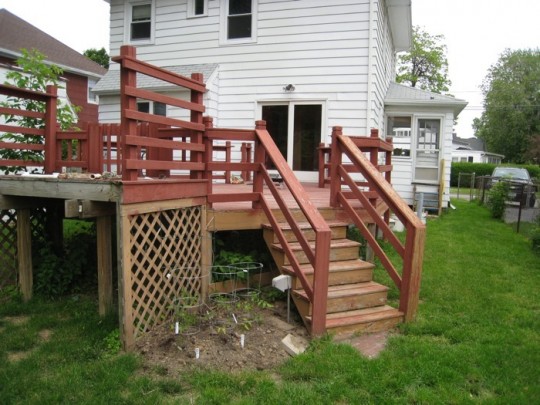 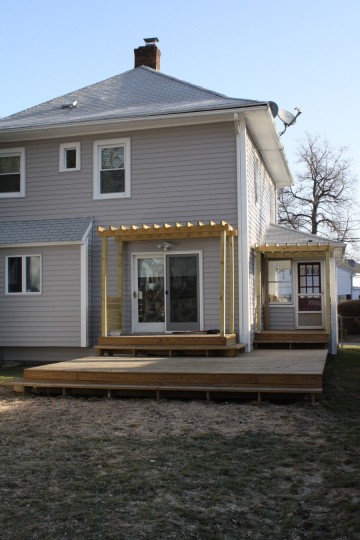 Sadly, the grass is brown and trampled, but I’m ever-optimistic and still demanding that it make a full recovery. 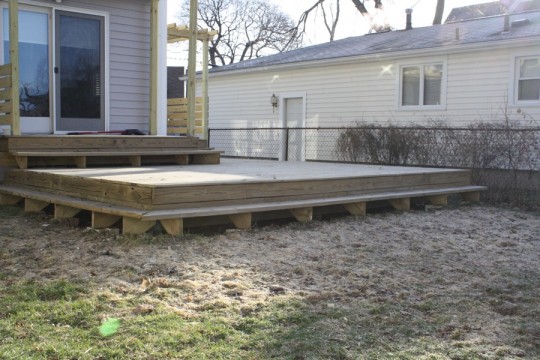 The perennials are starting to show. Lilies, Pachysandra, and Raspberries (which, seriously, notice how small and controlled they are right now): 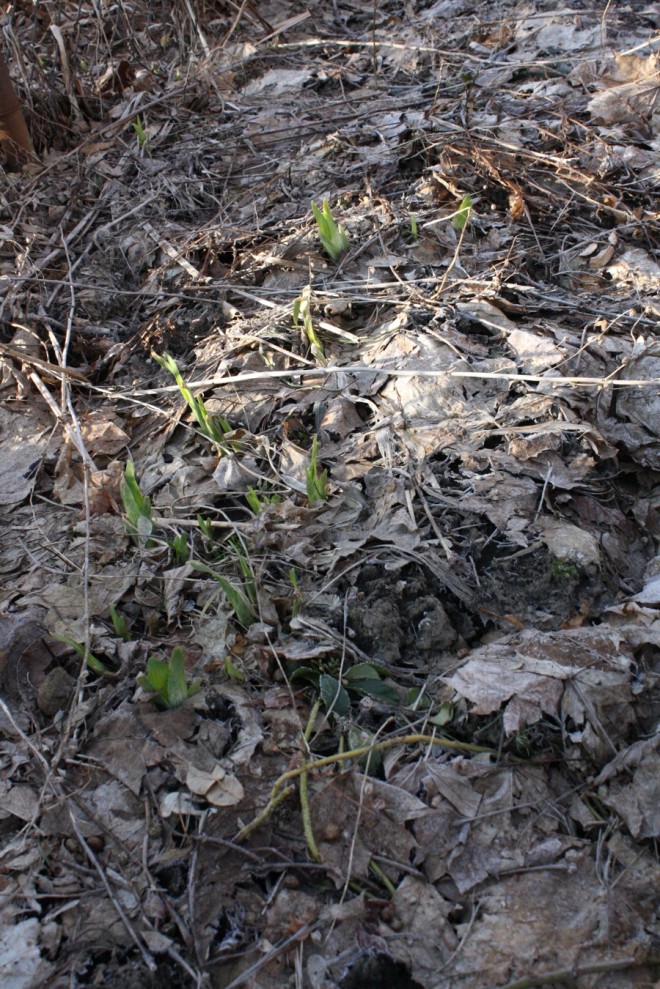 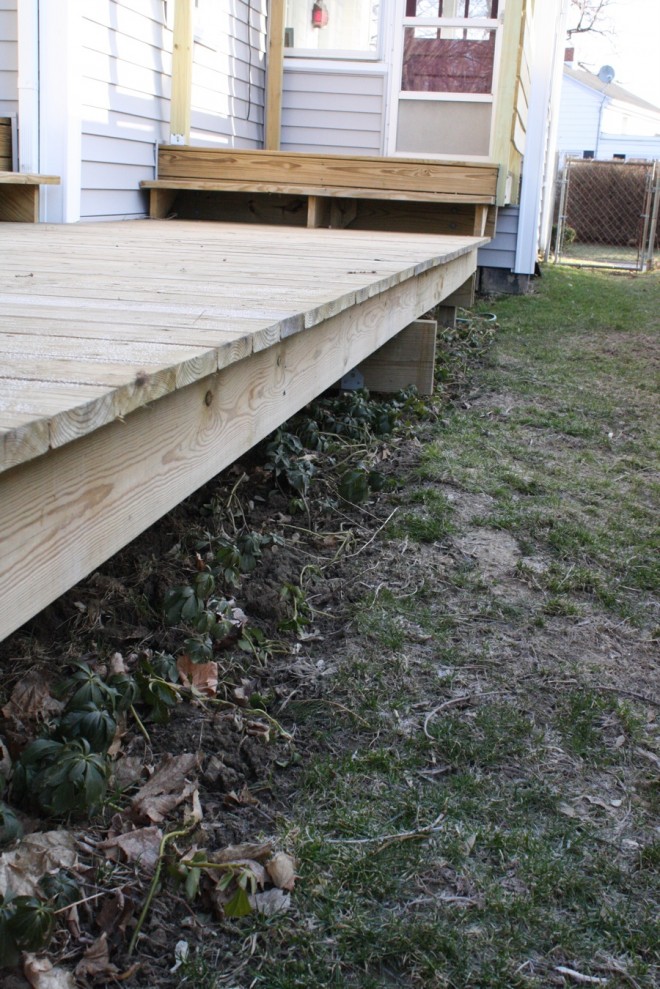 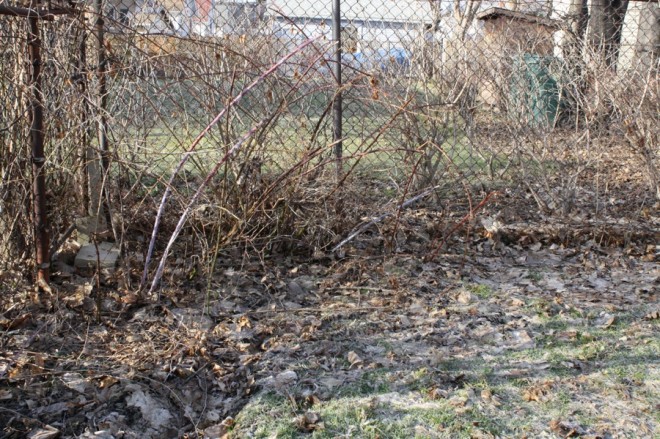 Although, right on schedule some little yellow buds appeared from beneath my neighbor’s fence. They’re since freshly cut and providing warmth to my kitchen island.

The front yard needs some love. 1 of the 4 Azaleas that I planted a few summers ago already kicked the bucket. I think a second’s on it’s way out. We’ll see how the other two bushes do; last year they gave me some lovely pink flowers that lasted weeks. I’d also like to make this front bush a little deeper, but that’ll be part of a bigger front yard plan.

BTW – the driveway? I’m not sure I’ve ever revealed or called attention to exactly how bad bad bad it is. Patchy. Indented. Sinking. Cavernous. See where I’m going? Maybe these photos will help paint a better picture. Oh, like my recycling bin? Subtle. 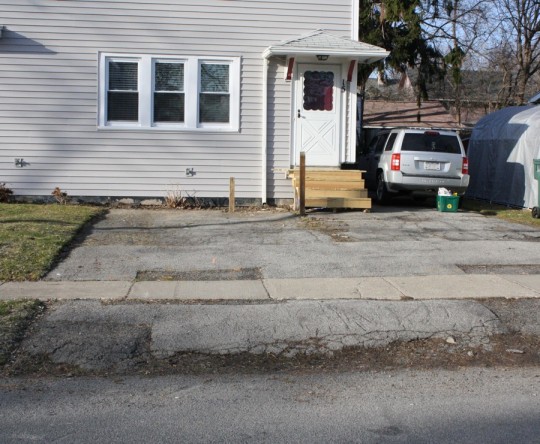 And the part of the driveway between the curb and the sidewalk is the worst part – it’s decrepit and also steep and curved just enough to bottom out any vehicle that isn’t a truck or SUV. 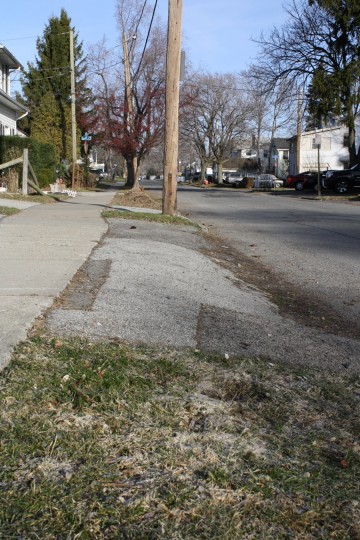 Driveway redo is on my short list for the spring. As is curb appeal with plants. Stay tuned.

Our yard is a hot mess too. I just noticed though that the hydrangea has buds on it. Yay! Our pachysandra stayed green all winter, which was very surprising.

Our grass? Ugh, don’t even ask.It’s just too horrible to look at. I feel like starting fresh would be best. But I have a plan: renting a sod cutter and just getting rid of all of it. Then use the tiller I got for $50 on Craigslist and till the ENTIRE yard. Then some raking to get the roots of the weeds out of there, insecticiding for all the grubs we had last year. Then fertilizing and seeding.

I am determined to have a green yard this year, damn it!

Grass is high maintenance. Sounds like your plan will be good though – it’ll be nice and level and fresh for certain. I had really hoped that the grass just off the deck would hold – it was settled enough that I was mowing over it late in the summer, but I guess that wasn’t enough time to root before the frost hit.

BTw – as bad as your driveway seems, ours is 10 times worse.

We barely have any green-stuff (it cannot even be called grass) thanks to a certain two white dogs. I’m ignoring this fact and pretending it looks much, much better. Hopefully my backyard gets attention this year….

In case I haven’t said it enough already: I LOVE your deck and pergola!

Thanks Cait! I can’t wait to put it to good use this summer.