The Deck Is Finally DONE

It may have been a rainy/snowy morning, but 35 degrees is downright warm after a few sub-15-degree mornings, so with hats and jackets on, we made a plan to build the second pergola and finish the deck completely (the deck itself only took 3 weeks in June, but somehow the pergolas dragged on and on and on). Needless to say, the coffee was hot (and sawdust-free thanks to the saw case), the motivation was high, and we were racing against an approaching storm. 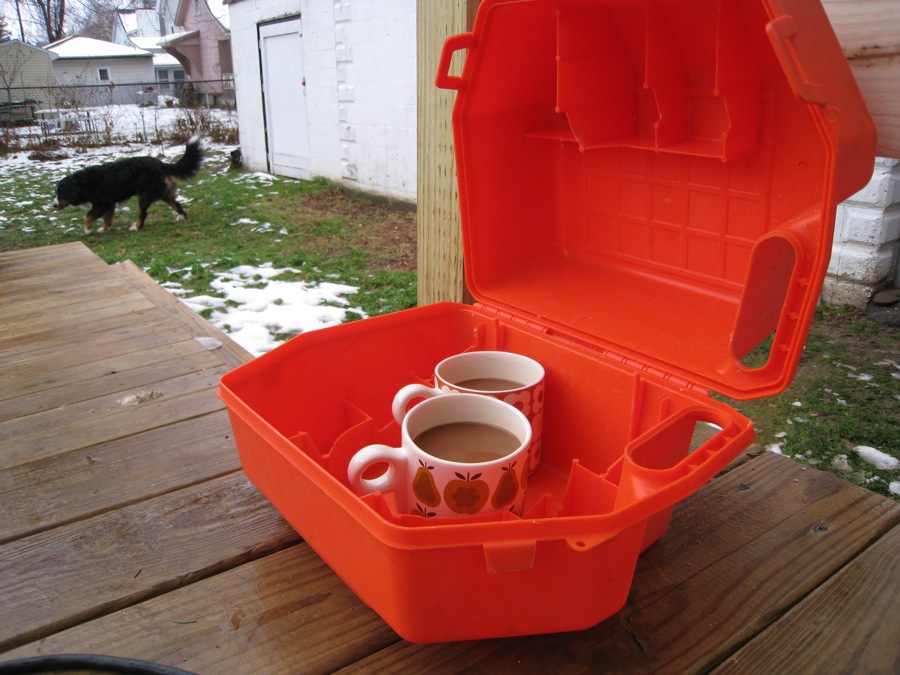 Similarly as with the first pergola, the materials we bought were simple, and purchased pre-cut as closely to length as possible. The 4×4’s were 8-footers, the girders, 8-foot 2×6’s, and the smaller beams at the top, just 10-foot 2×4’s. Minimal trimming was necessary, and I only had one extra board at the end (a 2×4, which I did diligently return for $3.97). What other materials and tools did we use? 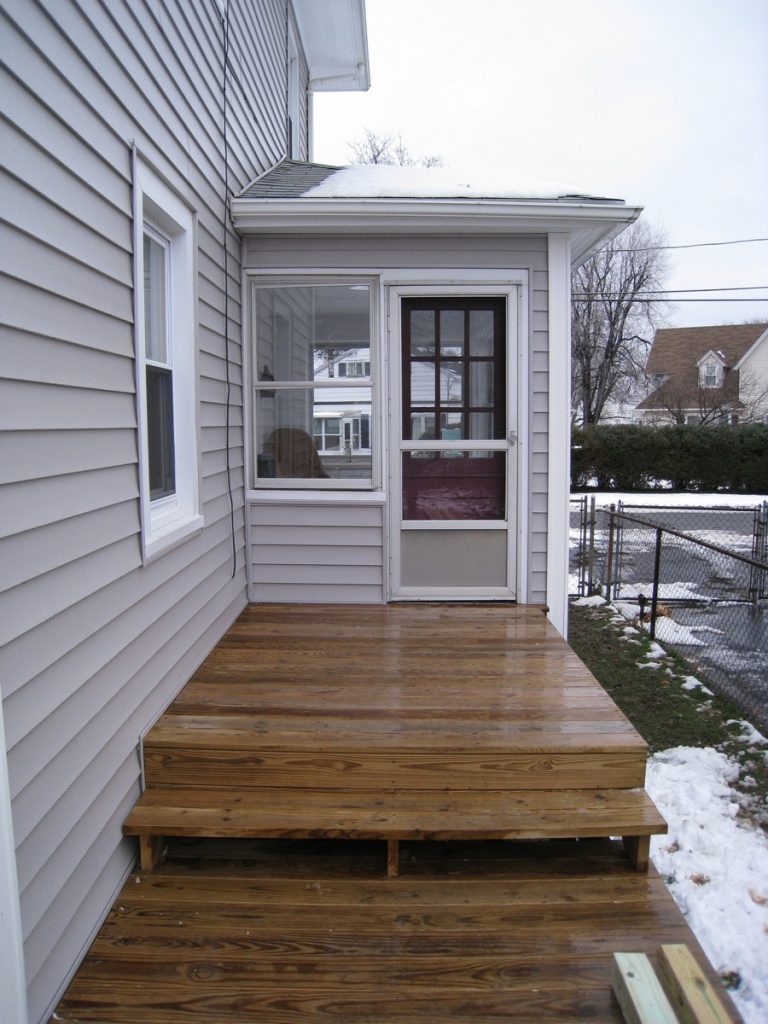 The posts ended up being the most complicated part of of this project, because we needed to make sure that the posts at the deck edge were positioned in such a way that the storm door to the sunroom wouldn’t be blocked (and the edge of the deck had to be very close to the doorway to be to code with the property line). Pete had the idea to notch the posts out, and actually create a more supportive structure by letting them wrap around the side of the deck (carriage bolted in place). Like with the first pergola, we built the structure in two pieces – once the overhanging posts were notched, the girders could be measured and bolted to the tops of the post. Lots of measuring ensued, but we didn’t make any mis-cuts or mis-drills, and it’s totally level, so I consider that a win (double-win, because that means the entire deck we built was level, pat-on-back).

Pete had the process for doing the top beams down-pat after troubleshooting through the first pergola. The basic idea was to create a template on one board, and duplicate those measurements to the other boards (there were 9 boards total for this structure). The beams are notched to lock right in place (and were screwed in above for support). To ensure even spacing, I took some measurements and divided the space out to match the first pergola – about 10-1/4″ between each board. We cut a piece of wood that was 10-1/4″ to use as a spacer for even more accuracy. While Pete did the meticulous cutting, I worked to replicate the template on all other boards, and measure out and position each board onto the girders.

The final finishing touch involved installing those handrails – the higher areas on the deck required some sort of railing to meet code, and I had wanted to try something a little less conventional (my inspiration was Peter Kirch-Korff)

Finally! Because I took lots of photos during this project, check out the raising of the pergola right here. Enjoy! 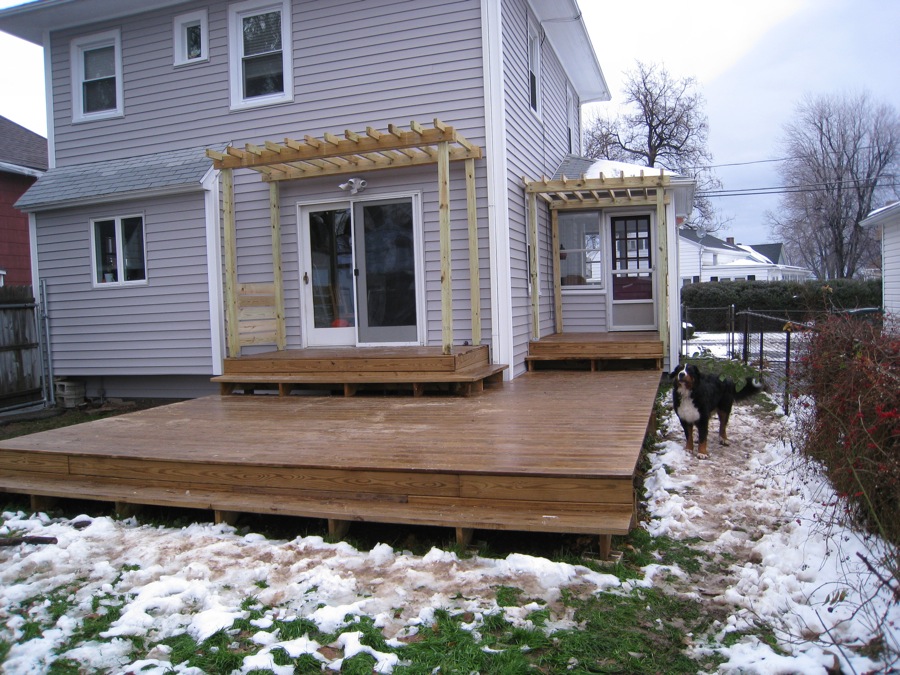 I think there’s an invention there. The coffee cup encaser.

Agreed. Let’s get on that.

How did you notch the posts and what kind of saw was used for it? I’m replacing the posts on my deck, trying to use the same process, but I am having problems cutting them. Any help would be appreciated.

Hi Shannon, It’s hard to recall now, but I believe it was a combination of a circular saw and perhaps a sawzall to get into the grooves. A hand held chisel would also be helpful at cleaning up rough cuts.